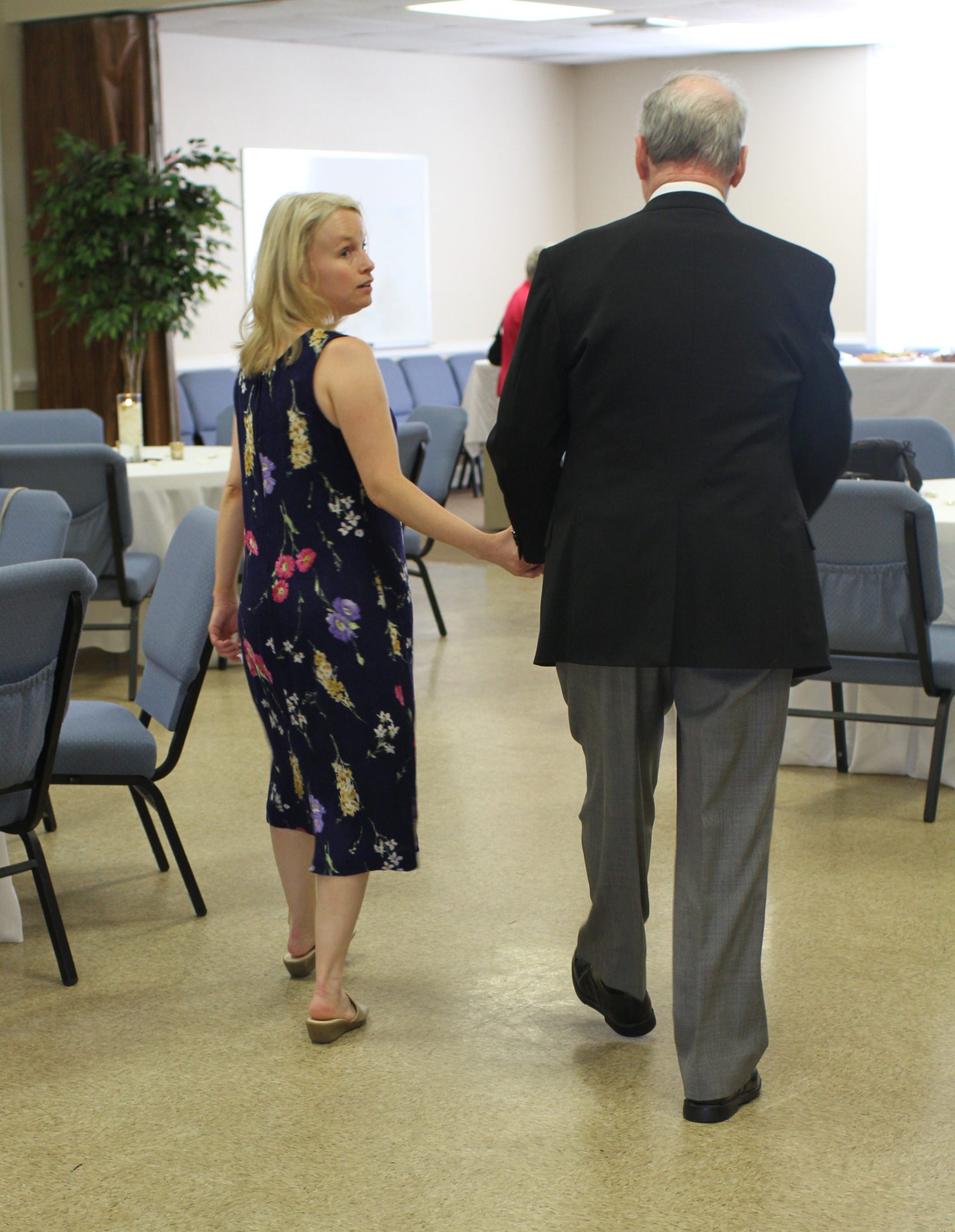 My niece Lara has always loved to play hide-n-seek. As a toddler, she would cover her big brown eyes with her chubby hands to count and then search high and low for us, giggling with excitement when we came into view. She rarely tired of the game and never wanted to take a break. She would hide behind my Mother’s curtains, her little feet sticking out below the hem, or beside a dresser, her little body squeezed in to avoid being found out. As she aged, she grew smarter, hiding behind piles of stuff wedged inside closets, underneath beds or forgotten corners. Every time we found her, she’d erupt in peals of laughter and then say, “It’s your turn to hide!”

These days we play a different kind of hide-n-seek at our house. But this version doesn’t elicit peals of laughter.

Since moving in with my parents in 2011 to become a caregiver, I’ve noticed that my Father happens to be one of those people who forgets something one day but remembers it the next. Mom and I discovered that he is more confused and restless whenever there is a full moon. Instead of relaxing in his recliner, Dad feels the need to “check on things” and then walks through the house checking to make sure all the doors are locked and everything is in its rightful place. Thankfully, he does not struggle with “sundowning”, a condition where a person gets their days and nights mixed up.

Since my Father’s confusion has been in lockstep with the moon, I’ve regarded these bouts of temporary forgetfulness as a form of hide-n-seek. One day, he’ll tie his shoes with ease. The next day, this skill “hides” itself and his shoestrings need sorting out. A day or two later, he’ll tie his shoes again like a pro.

However, in the past few months, some things have hidden themselves and remained hidden. They may make another appearance, or they may never return. And when a loved one’s skill or ability does not return, the caregiver is awash with emotion. It’s like driving your car straight into a dead end or seeing black clouds on the horizon promising a tempestuous storm. You feel stuck, worried, anxious and frustrated, but most of all profoundly sad. Then you realize all that you’ve taken for granted, as if you’ve just met a double amputee and instantly become grateful for your own arms and legs.

This is a normal part of life as a caregiver. You’ve read the books and brochures, attended support group meetings and researched the stages of Alzheimer’s. You know it’s coming. Nevertheless, when you see your Father struggle with a skill he mastered as a child, you cannot help but be in shock.

So, what do you do? How do you navigate this? I’ve learned that before you can move forward, you need to take time to grieve this loss. I’ve come to understand that a caregiver’s life is full of grief and that grief must be managed so that it doesn’t overwhelm you. If I remain in a state of grief too long, I run the risk of falling into a swamp of self-pity. And that helps no one. It’s like playing a game of Candyland, only a scary version where instead of being surrounded by sweetness, I am dwarfed by darkness and uncertainty.

But this disease is not about me. It’s about my Father. And no matter how I’m feeling, at some point I must put that aside and consider his feelings. Only then can I support and encourage him. Can you imagine how frustrated and sad you’d be to wake up one morning and not be able to dress yourself, lace up your shoes or eat a meal without someone cutting it up for you?

I’ve learned that if I do not isolate myself in my grief, and if I include God in every aspect of this journey as a caregiver, He cocoons me with His grace. I grieve and then I give my grief to Him. He gives me a different perspective so that rather than meeting that tempestuous storm head on, I am soaring above it and looking down on the black clouds. Since I’ve changed my attitude, He’s changed my altitude. Unburdened, I am now free to give Dad the care he needs.

This morning at breakfast Mom and I disagreed on something trivial. Unable to win me over to her point of view, she turned to Dad and said tongue-in-cheek, “Do you see how your daughter is misbehaving?”

“I didn’t know she was,” he replied and then winked at me.

I hadn’t heard him respond that way in quite some time. Just like that, a familiar comment comes out of hiding and shows itself. Whether or not it will make another appearance, I don’t know. But one thing I do know. I’ve learned not to take that kind of thing for granted anymore.