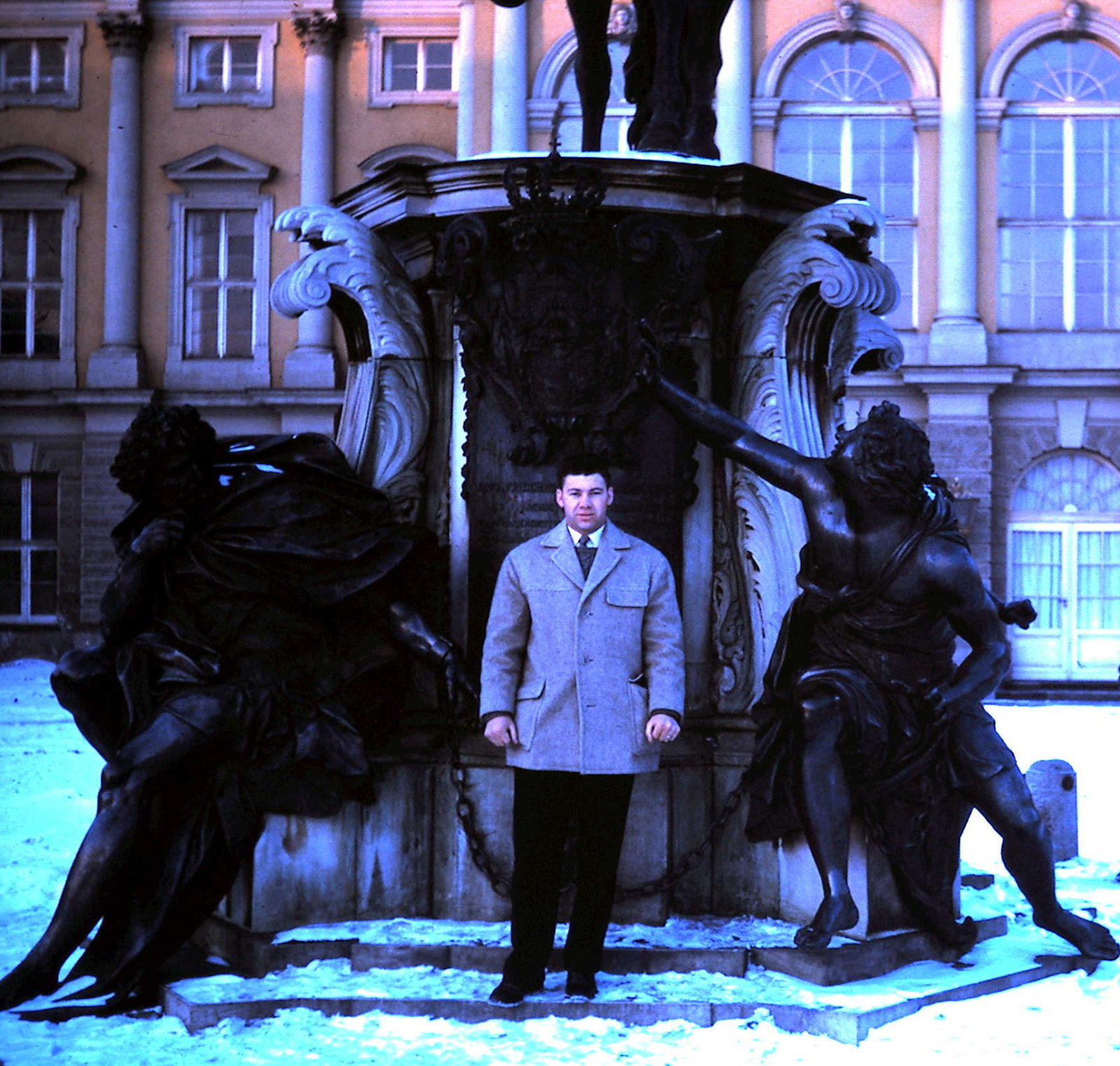 Everyone has a story to tell, something amazing that happened in their lives that they’ll never forget. They caught the game-winning ball at the World Series, they adopted a child from China, or they saved someone from drowning. Sometimes, that story is much bigger than they are.

Years ago, a wall once stood, measuring nearly 12 ft. high and more than 87 miles long. But this was no ordinary wall. Forged of concrete, barbed wire, crushed glass and metal mesh, this was the Berlin Wall, a barrier built defiantly to halt the defection of more than 3.5 million East Berliners to West Germany, where Western Allied forces were helping Germany keep its entire country from uniting under communism. Construction on the wall began on August 13, 1961.

During this same time of political tension, my Father, Jack Vineyard was stationed at Ramstein Air Force Base in Kaiserslautern, Germany some 400 miles away. Fresh from basic training in Biloxi, Mississippi, Jack was a proud member of the 604th Communications Squadron, which provided fixed communications support to the Air Force Combat Operations Center.

Jack had taken classes at the University of Tennessee, where he got his first taste of the military by joining the ROTC, or Reserved Officers Training Corps. After running out of money to finish his freshman year, he decided to join the Air Force in August 1960. A year later, he found himself with a front row seat to the world stage.

On one side of Germany, American military were preserving the free world’s communications during the Cold War. On the other side of the country, communist forces were crushing the will of its people and suppressing their way of life.

It was freedom vs. oppression and my Father was right there in the middle of it. Just 22 years young, this good ol’ boy from Tennessee was watching history unfold before his very eyes.

In January 1963, he and the airmen of Ramstein AFB boarded a bus and headed northeast to Berlin to see what life was like behind the Iron Curtain. He would talk about that experience for years.

As their bus crossed over Spree River, they spotted armed communist border guards in watch towers along the Wall. People trying to escape East Berlin had been shot in this river. Once behind the Wall, the men saw communist flags hang prominently from the Reichstag and other buildings.

Jack noticed very few cars on the streets and hardly anyone walking around, a stark contrast to West Berlin, which was bustling with activity. They passed bombed out buildings and a young girl standing among the ruins. They saw the Soviet War Memorial commemorating 80,000 Russian soldiers who had died in Berlin during WWII. They drove past the Ulbricht stadium, where Soviet Premier Nikita Khrushchev gave a pro-communist speech to a packed audience. And they couldn’t miss the make-shift memorials with wreathes and flowers placed where people had been shot and killed trying to escape.

But what Jack found most striking was the people of East Berlin. When the Wall went up, if a building stood in the way, it became part of the Wall. The city was transformed into a prison, with barbed wire topping every building that fell in the Wall’s path. Those trapped in East Berlin referred to it as the “Wall of Shame.”

“We could look up and see people’s faces in the windows looking down at us,” my Father recalled. “It was so sad to see them. I will never forget it.”

When my Father was diagnosed with Alzheimer’s in 2004, it was as if the Wicked Witch of the West had turned over a large sand clock with each of those sand granules representing part of a memory from his life. It was only a matter of time before the sand would run out and those memories would be gone.

So, I had an idea. About 7 years ago, I confiscated everything my Father had from his tour in Germany – pictures, maps, notes, letters and other memorabilia – and I put it all together in a scrapbook. There were black and white photos of his 9-month stint in basic training, the men he served with overseas, life in the barracks and trips he took with a roommate to explore Europe. I also included pictures he took of the Berlin Wall with shards of glass and barbed wire, the infamous Checkpoint Charlie and the bright red communist flags. There were so many memories that one scrapbook wouldn’t hold them all.

Of course, there are some things that couldn’t be placed in a book, like a piece of the Berlin Wall he somehow snagged that January day on the tour. A college friend of mine had the extraordinary opportunity to be in Germany when the Wall came down. He graciously brought back a piece of it for my Father. So now he holds a piece of history from the Wall when it went up and when it came down.

I wanted to put everything in a book for him so that when those sand granules keep running out and my Father’s memories aren’t too clear anymore, he has something tangible he can always look at to hopefully remind him of the amazing history that took place before his eyes.

But it wasn’t just history. It was his story, something incredible that happened in his lifetime that was so much bigger than just one country boy seeing the world for the first time. My Father loves to look at his scrapbook and thankfully still recalls seeing the faces of the East Germans who were peering down at him, trapped behind the Berlin Wall.

Everyone’s story needs to be told. A person with Alzheimer’s doesn’t need to have a life experience on the world stage for their story to be chronicled in some way. Pictures of them as a baby, their wedding day, memorabilia of time spent with children and friends. Pictures of them enjoying their grandchildren. It’s their story and it needs to be told. But they can only tell it for so long. It’s up to us to listen closely and write it down so that when their sand clock has depleted, we still remember so their history will live on.