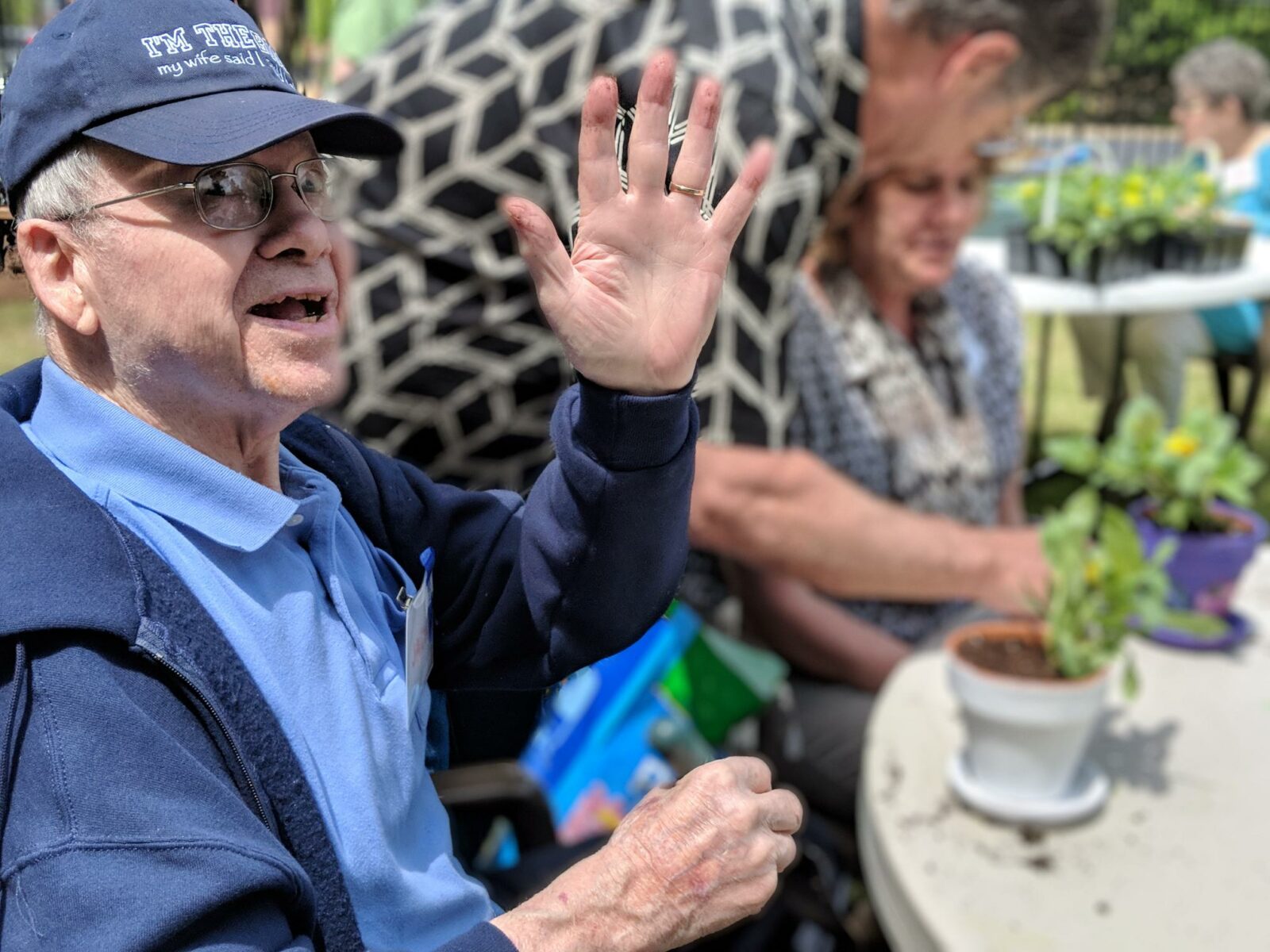 I wasn’t there when it happened.

I had left the house Sunday morning to dog sit for 3 days about 8 miles away. Just before 6pm, Mom called to tell me that Dad had wandered off. When he goes outside, either we go with him or we keep an eye on him. But it just isn’t possible to watch someone 24/7. One minute he was picking up sweet gum briar balls in the driveway. The next minute, he was gone. Mom had driven around looking for him but he had vanished, so she called the police. 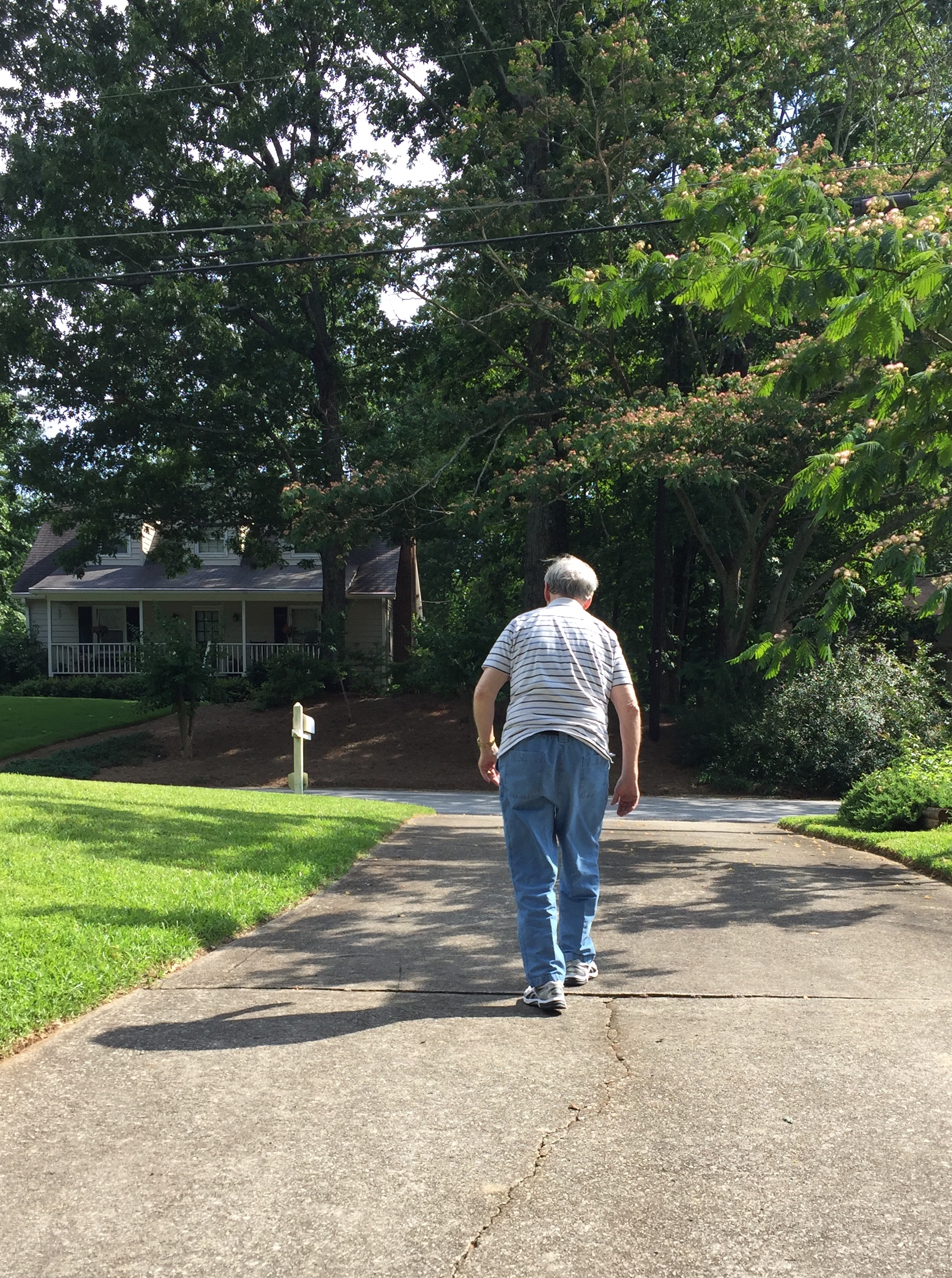 As soon as I hung up with Mom, I hurriedly posted a message on Facebook asking for prayer. I got in my car and raced to the house, running a red light and praying the whole way. I drove through a couple of neighborhoods close to our house, scanning the yards and streets. Nothing.

When a loved one wanders away, one of the worst feelings you have is helplessness. What could I do? I felt like I was looking for a needle in a haystack. So I prayed aloud.

“God, You know exactly where he is. Please show us where he is and keep him safe. Please protect my Father.”

I hear you whisper underneath your breath
I hear your SOS, your SOS*

I pulled into the driveway, passing three Gwinnett County Police cars parked in front of our house. Two officers were standing in the driveway and one was in our back yard. I didn’t even stop to talk to them. I hit the garage door, put my purse and keys on the freezer and headed to the woods behind our house. 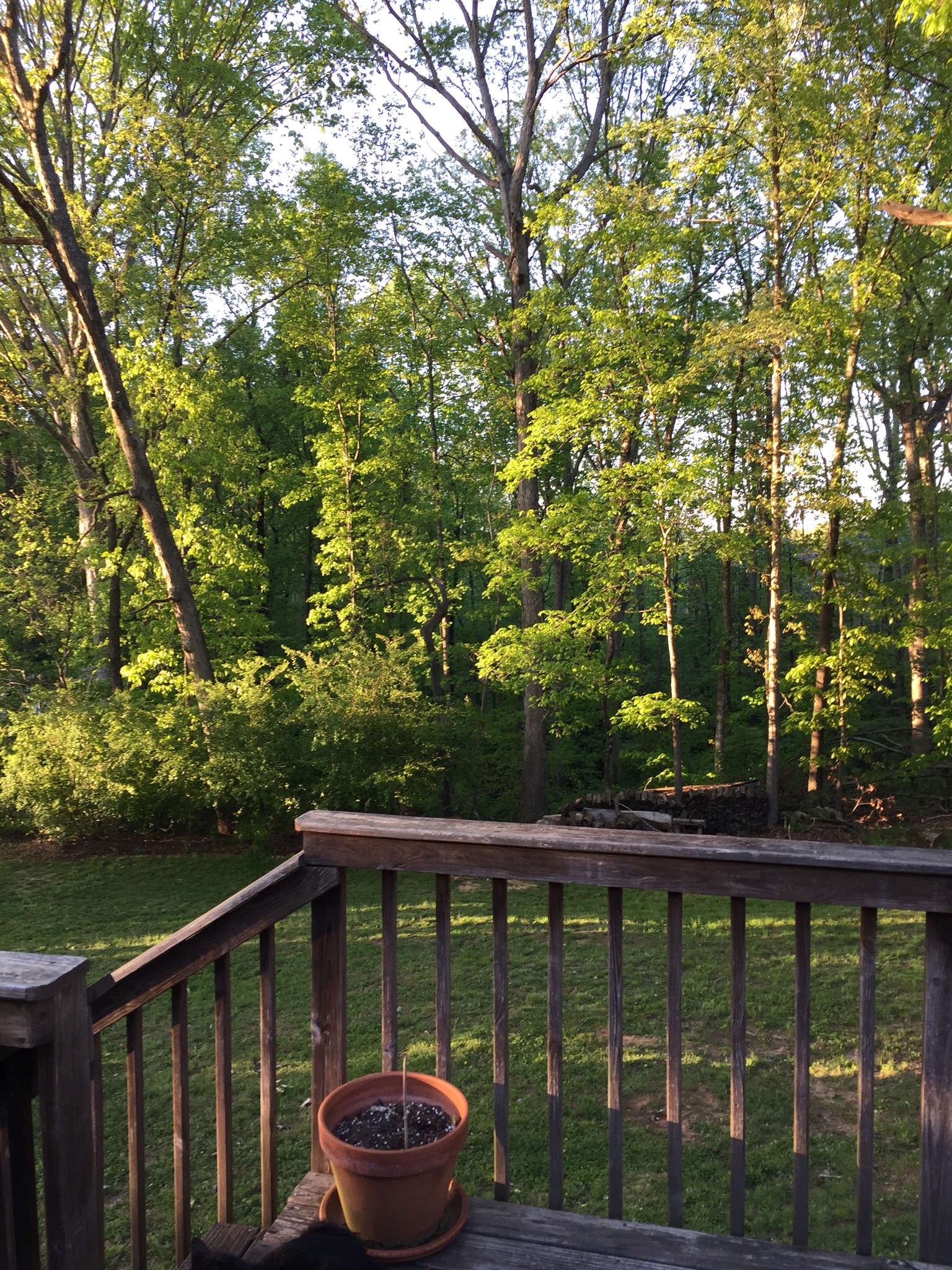 “Have you checked the woods?” I asked the officers.

I will send out an army to find you
In the middle of the darkest night
It’s true, I will rescue you*

My Father was raised on a farm. He loves the outdoors, loves to piddle in the yard picking up sticks and tossing them into the woods behind our house. I waded through dead leaves and underbrush while the officers started calling out his name.

“He’s hard of hearing,” I told them. They yelled louder.

About 50 feet into the woods is a huge ravine, dropping off about 50 ft. I shook my head and thought my Dad wouldn’t venture down there. But when a person has Alzheimer’s, it’s virtually impossible to guess their thoughts. I searched the neighbor’s back yard that edges those woods. Nothing.

I hear you whisper underneath your breath
I hear your SOS, your SOS*

I obliged the officer and then rushed back out to the street, walking to a neighbor’s house where two little girls were playing and wondering what all the commotion was about. By this time the officers had spread out and were talking with other neighbors along the street to see if anyone had seen my Father. I asked the girls if they’d seen him, but they hadn’t been playing outside when he wandered off.

Another neighbor told an officer they saw my Father leave the neighborhood an hour before, so I got back in my car and drove down Old Peachtree Rd, scanning the sidewalks where he used to walk. Nothing.

Part of me knew he could not have walked that far away from home. Having just turned 80, he’s slowed down considerably over the years. Whenever we shop for groceries or run errands, I always find a spot for him to sit down because he can’t stand for long periods of time. But a few summers ago my Father wandered off and was found miles from home on the sidewalk of a busy street. That’s all I could think about as I slowly passed the neighborhoods that dotted this busy thoroughfare.

Feeling helpless, I headed home again. This time when I pulled up, the police cars had multiplied to the point that I couldn’t even get into the driveway. Additional officers had been dispatched to our house and as I emerged from my car, a different officer greeted me and told me they had posted notices on Facebook, Twitter and other social media. Since Dad had been gone for nearly three hours, they declared him ‘Missing’. A corporal was now involved and a reverse 911 had been instituted. Their K9 unit and his handler were en route, and a helicopter was on its way.

“We have a lot of resources looking for your Father,” he said.

I will never stop marching to reach you
In the middle of the hardest fight
It’s true, I will rescue you*

I thanked him, gave him details about the last time my Father wandered off and then went inside to sit with Mom. By this time my phone started ringing and pinging with calls, messages and texts from friends and family who wanted to help. The director of Grace Arbor called, the day care where Dad loves to sing along with Kevin, asking for our address so she could come and help look for my Dad.

I had no idea that she was one of many friends who had read the Facebook post, stopped whatever they were doing and were now combing the streets of Duluth or headed to our house to help us search for Dad. Neighbors emerged from their houses and took to their cars to scan the streets. One friend stopped at the local Publix and asked the staff to look out for my Father.

By this time it was 6:45 and I thanked God for the hours of daylight we still had left to search. The K9 unit had arrived and I watched the handler give commands to a beautiful German Shepherd mix in our front yard. Then they headed to the woods behind our house. The officer who had given me an update just minutes before came inside the house with another officer and asked us if Dad migrated towards water, trains, etc. 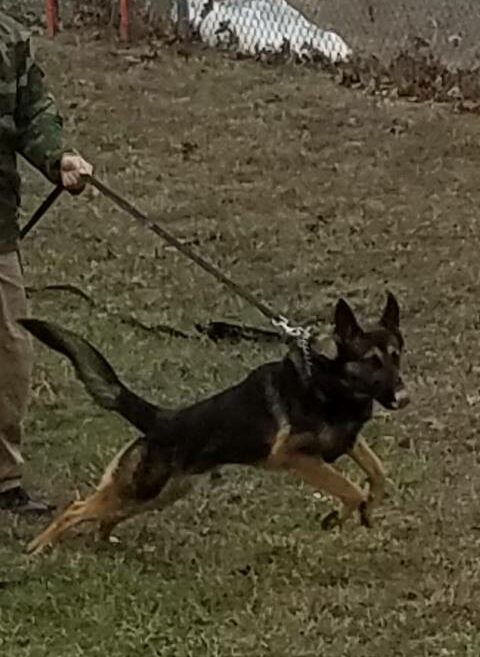 A distant voice on a walkie-talkie interrupted our conversation and the two officers excused themselves and left the house. Then the Grace Arbor Director called back to say she was in our area and asked for familiar places where Dad might wander. I was standing in the kitchen, looking at the back yard talking to her when I saw officers leading my Dad out of the woods.

I will never stop marching to reach you
In the middle of the hardest fight
It’s true, I will rescue you*

And in typical fashion, Dad was smiling and engaging in small talk with the men on both sides of him, who were holding him up since he’d lost his balance. I ran down to meet him and passed the beautiful German Shepherd and his handler, thanking them as I made a beeline to my Dad. But as I said those words, I knew what they had done, what everyone had done, was worth so much more than just a ‘thank you.’

Dad’s shoe was untied so I bent down to tie it. He turned to the officer and said, “Isn’t it great when you have a daughter that’ll tie your shoes?”

The German Shepherd had picked up my Dad’s scent and combed the woods behind our house. They went down the ravine and ended up in our neighbor’s back yard adjacent to the woods where they found him sitting on a barrel, the same back yard I had looked in an hour before.

They took him to the front porch and sat him on the swing to check him out. By this time, a fire engine had joined all the police cars and two firemen were dressing my Father’s wounds. Friends had pulled up, parked their cars and crested our front yard to join the search, only to see him surrounded by so many first responders. 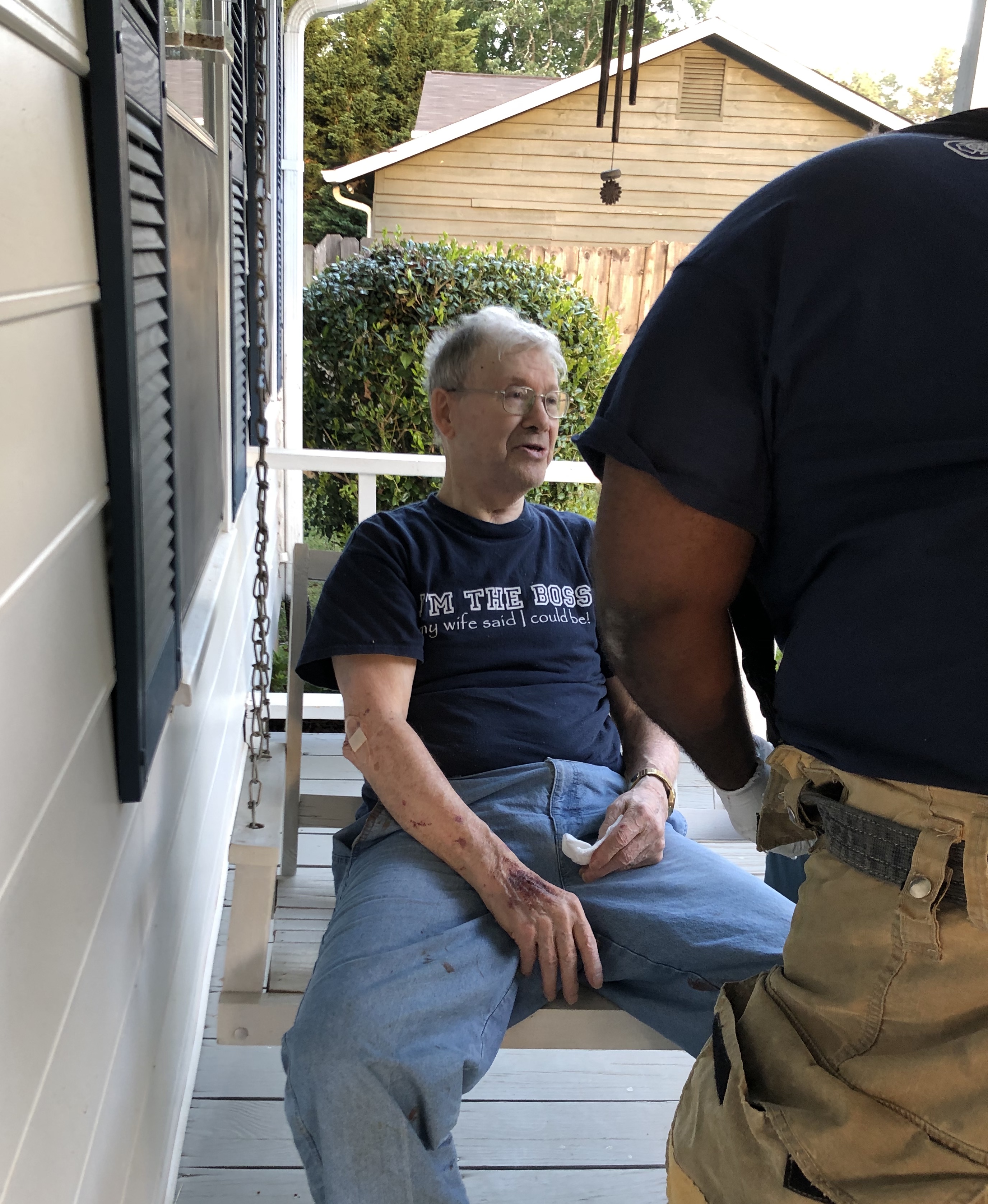 The next 30 minutes was a flurry of thanking and hugging friends, sending out text messages, posting an update on Facebook, answering officers’ questions and thanking God. It was a blur. But it was a happy blur.

I am still absolutely overwhelmed at the response of so police officers, firefighters, neighbors, friends and family who stopped what they were doing and became laser focused on finding my Father. It was like they were looking for their father. 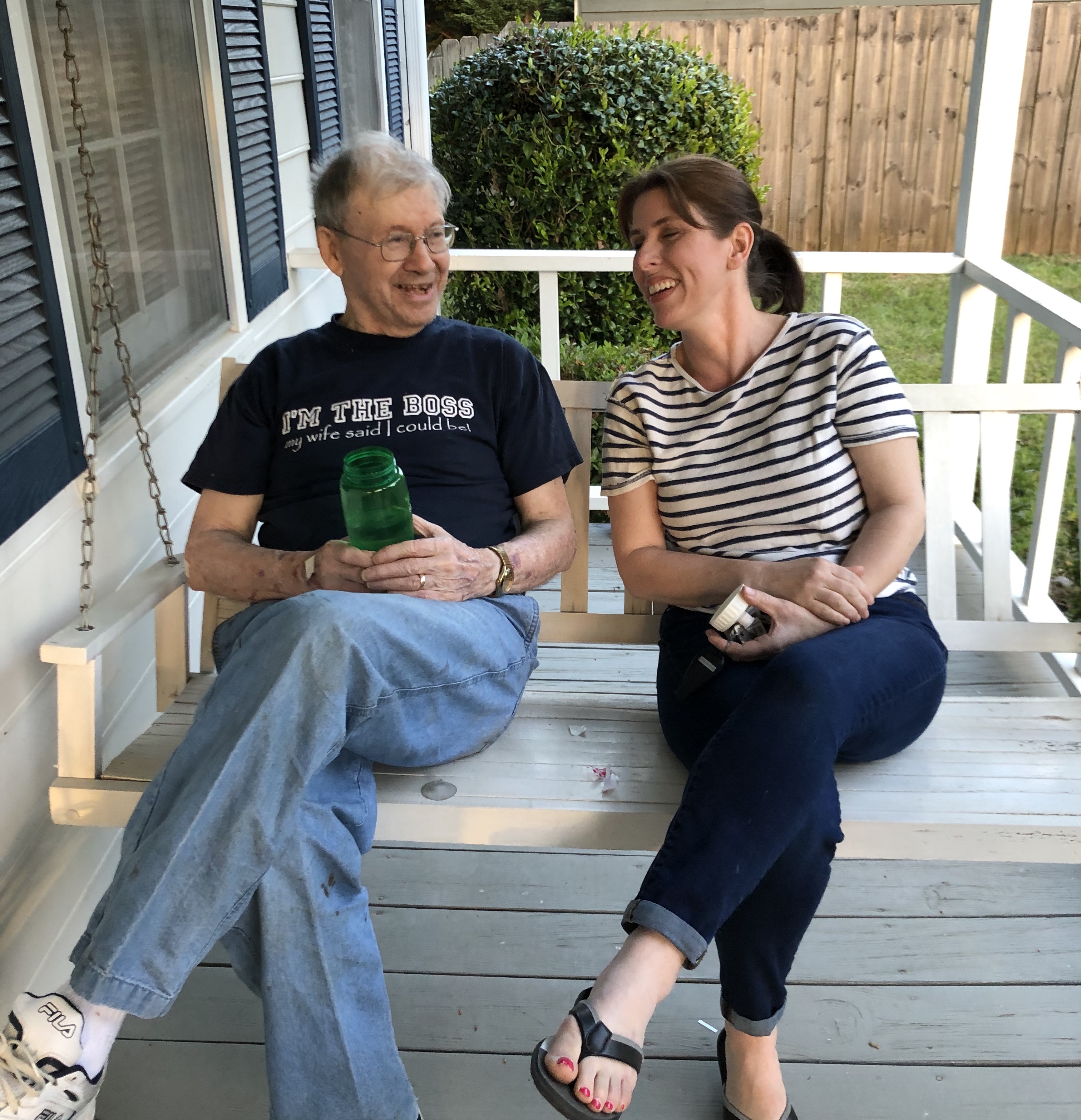 Then I thought about my Heavenly Father. And I realized that all the energy and effort put into finding my Dad Sunday evening doesn’t light a candle to what God will do to rescue each and every one of us. We don’t have to beg Him to care or earn His attention. He made us. He loves us and He will fight for us.

I will never stop marching to reach you
In the middle of the hardest fight
It’s true, I will rescue you

Oh, I will rescue you*