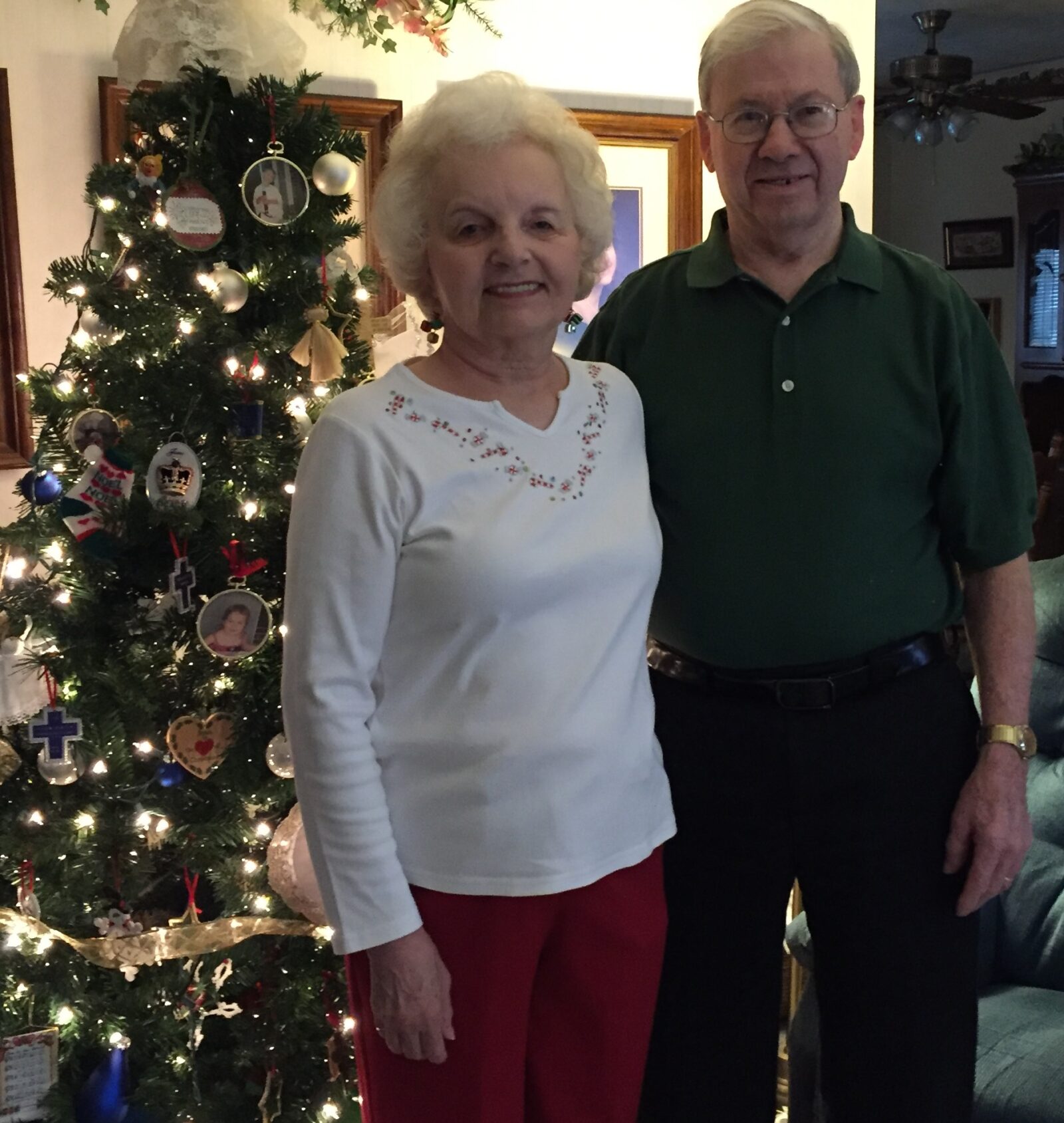 What do you get your spouse for Christmas when you’ve spent 54 years together as man and wife? This is what I want to ask my Father, but he’s had Alzheimer’s for 14 years and it’s getting harder and harder to understand him. Like he’s being swallowed up inside himself and I can’t find a way to dig him out. Or like chasing down a train that’s already left the station. It is familiar to me and so it’s within reach, or at least I want to think that it is. I run after it and try my hardest, but I never can catch it.  Years ago, I could catch that train. My Father would give me words I could understand and by asking him questions, I could find the thought he was thinking and piece it all together. But as the disease has progressed, the train has gotten faster. So fast that I’m scared I can’t catch it anymore. 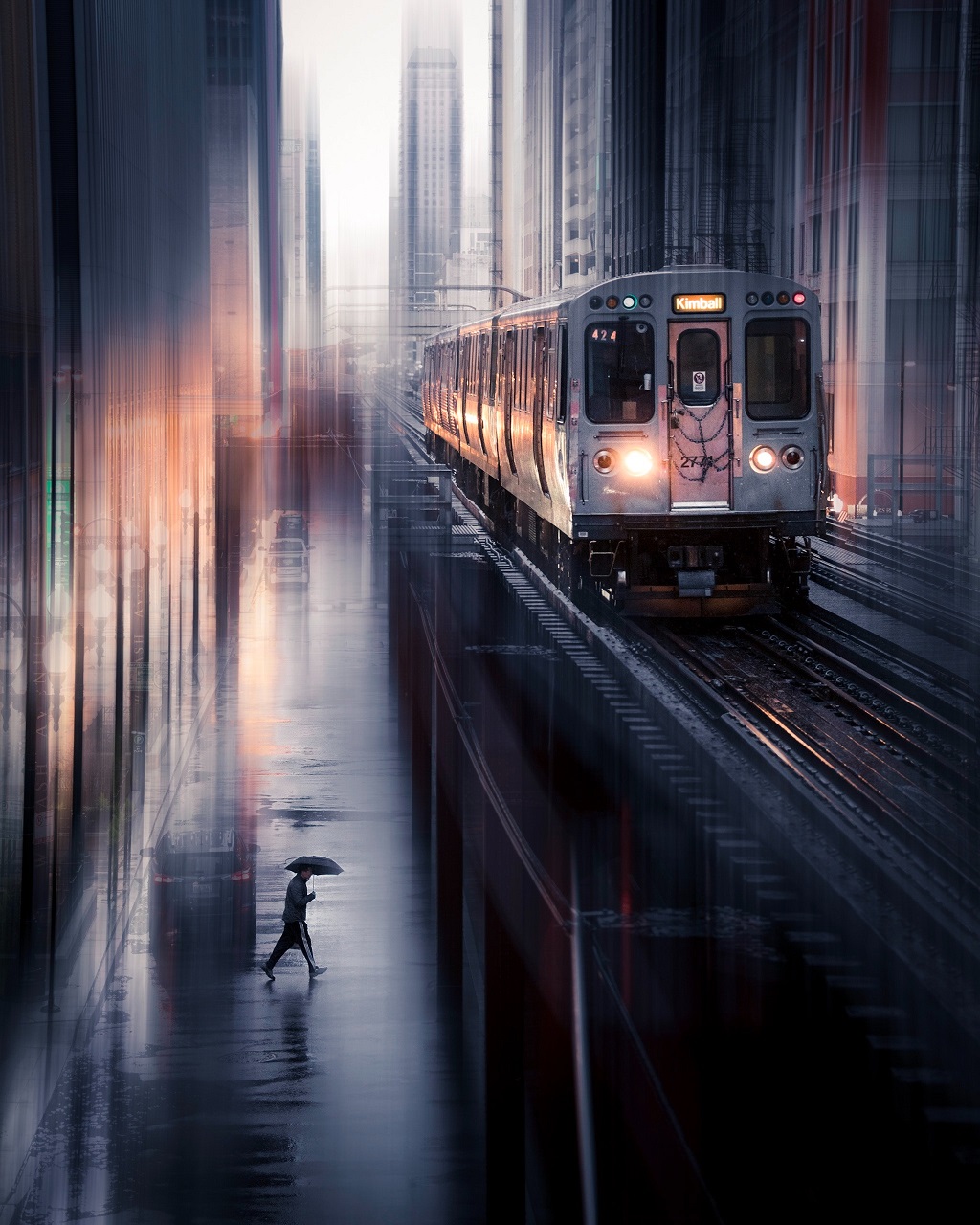 So when it comes to giving a gift to someone you love, where do you start? When I moved in eight years ago to be a caregiver for my Dad, we would go to the store and he would read several Valentine’s Day, Mother’s Day or Birthday cards and he would pick one. We’d bring it home and he would sit down and write a message to Mom on that card. How she treasures those words now. As time went by, I would pick up a few cards, read them to him and he would choose one. The words he wrote in those cards became more cryptic. He knew what he wanted to say; he just couldn’t get it down on paper. As more time passed, he became so frustrated that he couldn’t write it down so he would dictate, and I served as his scribe. If he was having a good day, he would sign his name.

When you become a caregiver and you spend months or even years bathing, feeding and clothing your loved one, those things have a tendency to swirl around the person and your interaction with them, until you forget about the person you’ve known all your life that’s still hidden in there. He still loves my Mother. His heart is still for her. So this year, I decided to step back in time and find some of those words he’s written to her. 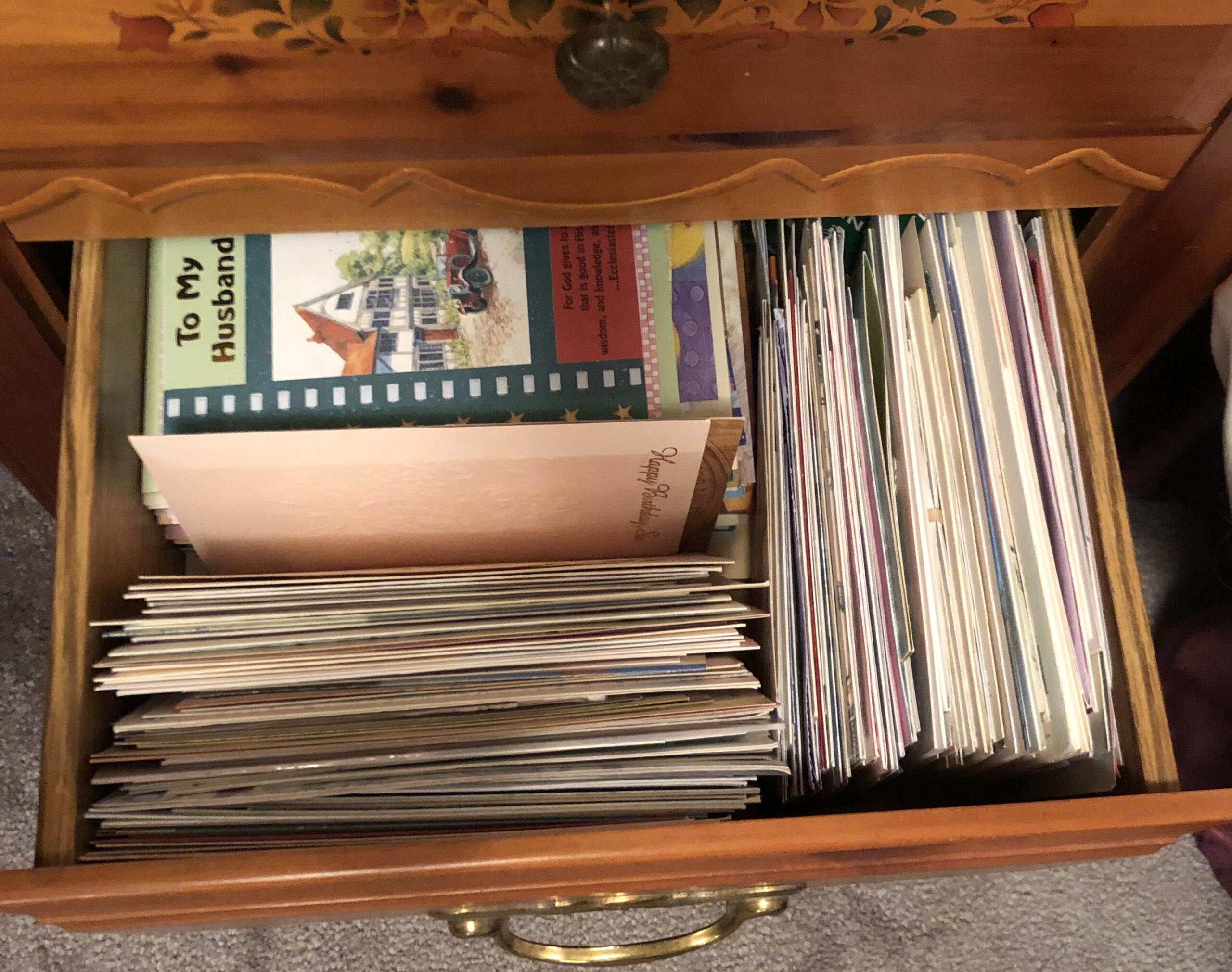 Last week, I looked through a drawer downstairs that held hundreds of greeting cards, all tucked away for safe keeping. There were sympathy cards from friends and family for my Mom when her sister died. There were letters and cards my sisters and I wrote our parents from college. And there were scores of greeting cards my parents had written each other.

These are the pieces of my Father’s heart that he shared with his wife. These are the cards he chose to honor her birthday, Valentine’s Day, Mother’s Day and their wedding anniversary. And she saved them all.

So this year for Christmas, I thought the best gift my Father could give her would be a scrapbook of all those words he wrote her years ago but still mean today. He is the same person. Yes, his brain is changing and he’s losing his ability to communicate. But every one of those words he wrote is still true today. He may not remember writing them to her, but the same man that loved her then still loves her now.

I may not be able to catch the train of his thoughts these days, but at least I can gather pieces of the past into a scrapbook to show my Mom what she already knows buts needs to be reminded of ~ that my Father chose her, loves her and appreciates her. 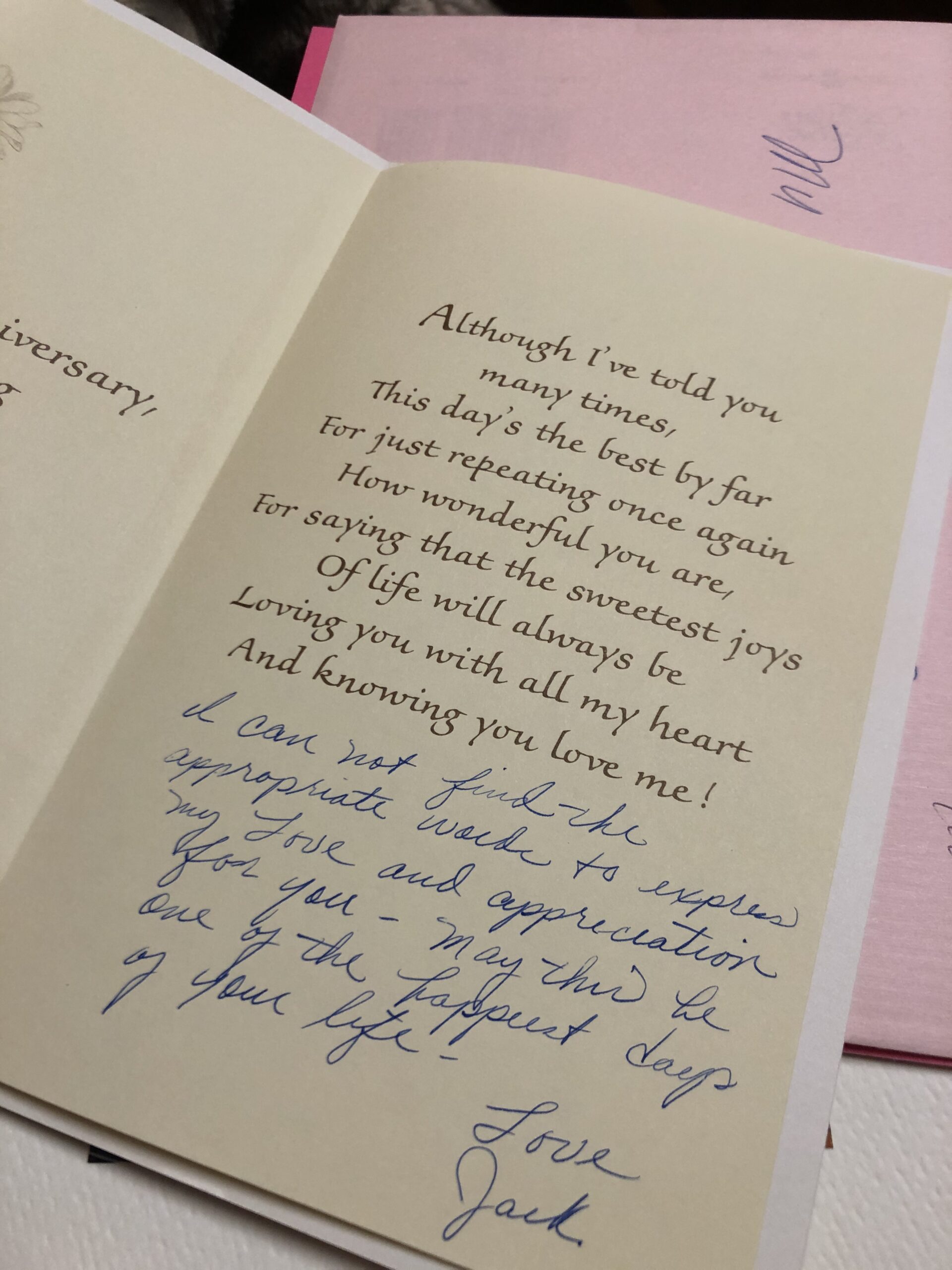 12 thoughts on “What Does Someone with Dementia Get His Wife for Christmas?”