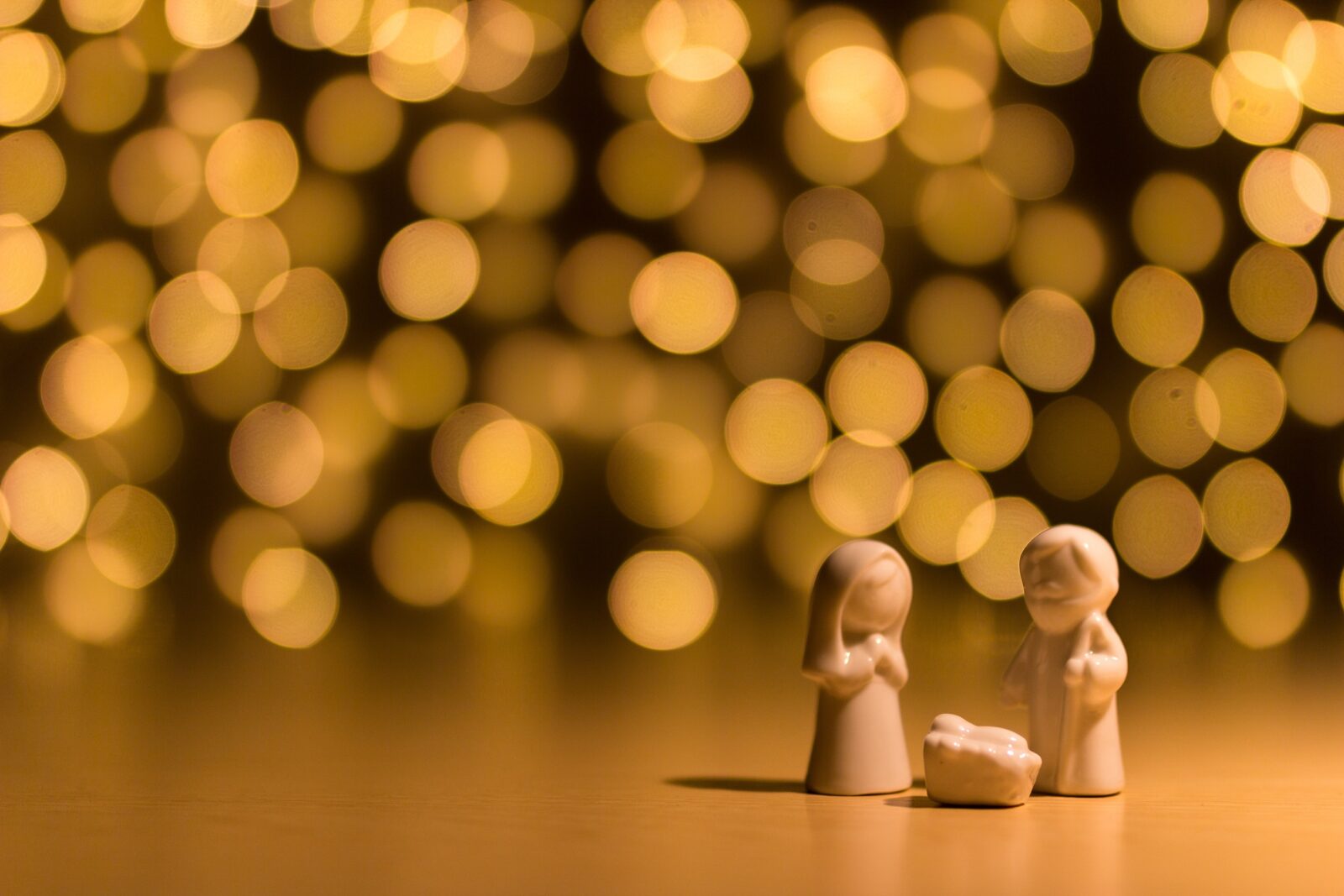 I awake early Christmas morning with all the excitement of a child. Everyone else is asleep so I tiptoe to the Christmas tree to see what lies beneath the fresh evergreen that’s splendidly decorated, beautifully lit, and smells of warm winters spent with loved ones. There are packages neatly wrapped with big bows and ribbons curled around, each one begging to be opened. Most of these presents look familiar, as they’ve been piling up under the tree since the beginning of December. But a closer look alerts my senses that three of these gifts have only been placed there since midnight.

My curiosity has got the better of me, so I reach for a rather large package and search for the tag. Beautiful calligraphy has been printed on a brown card with the words “To the Vineyards.” The card isn’t signed so for now, the giver remains anonymous. I see another package, this one also large, but smaller than the first. And then my eyes behold a small package, barely bigger than my hand. All three gifts are marked “To the Vineyards.”

Who could have brought these gifts? The handwriting didn’t belong to either of my parents. By now, my imagination is running wild. I had to know what was inside these mysterious gifts. It would be hours before anyone else woke up and since the gifts were for the Vineyards and I was a Vineyard, I reason it is perfectly fine for me to open them. I could always rewrap them and place them back under the tree before anyone noticed. 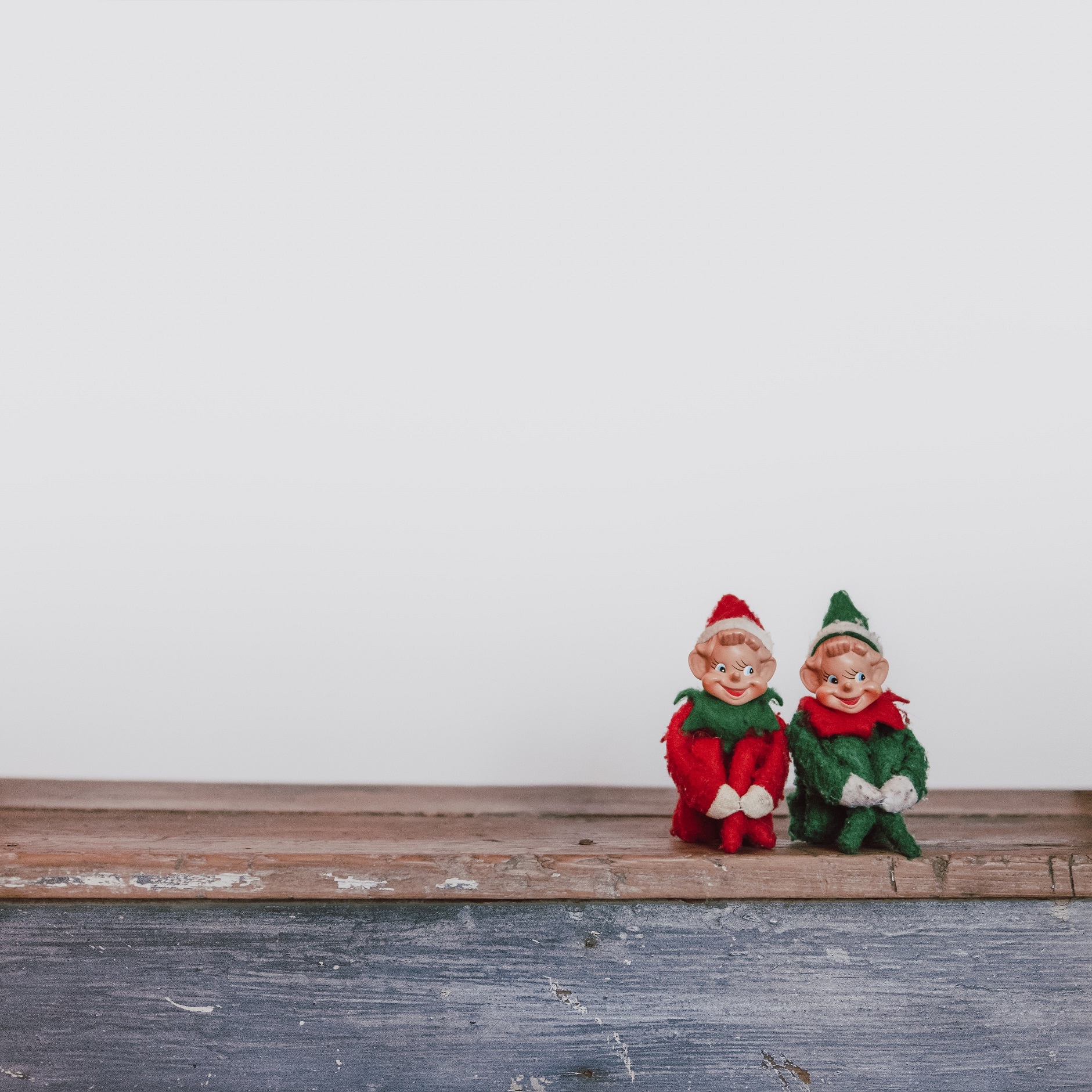 As quiet as a mouse, so as not to make a sound, I sit beside the tree and pull the largest package toward me, gingerly unwrapping it. I would never have guessed its contents: a sword and scabbard, a shield and a belt. These were not toys; they were the real thing. What in the world would we do with a sword and shield? Since the tags were all written by the same hand, I reasoned that these three gifts all had to do with each other. So before rewrapping the first, I open the second.

Clearing the wrapping paper away, I see a bow, a quiver full of arrows and a horn. Maybe this was a medieval game of sorts that should be played together. What would we do with a bow and arrows? I reach for the smallest of gifts and soon discover a dagger with a small bottle that looks like glass, containing liquid.

Puzzled, I look at all the gifts together and then it comes to me. Here in my living room, underneath our Christmas tree are the very gifts Father Christmas had given to Peter, Susan and Lucy in Narnia before they met Aslan for the first time. They were just children when they received the gifts. But after a harrowing adventure to rescue their brother Edmund from the White Witch, each child became a warrior in his or her own right. They were the Sons of Adam and the Daughters of Eve, but they became Kings and Queens of Narnia.

I ponder these gifts and their purpose ~ weapons to ward off evil and cordial to revive anyone who is hurt. Am I in a battle? Why would I need a weapon? And then reality sets in. Of course I’m in a battle. My whole family is in a battle. We are battling Alzheimer’s, the wretched disease that has taken up residence in my Father’s body for more than 14 years. And if anyone needs to be revived, it is my Father. And my Mother. And My sisters. and me. 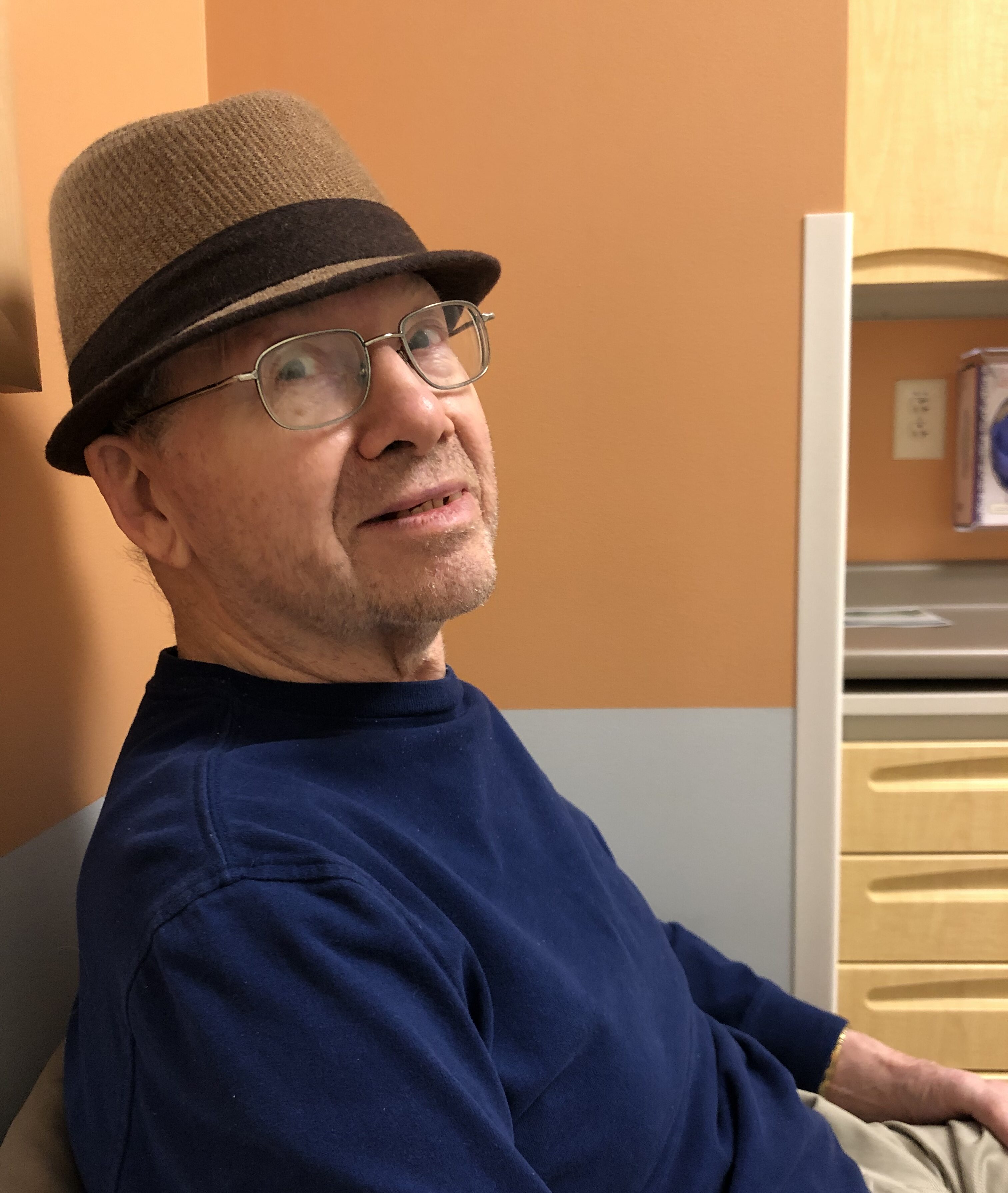 The toll this wretched disease has taken on our family is great. But we are not alone. We have met so many people on this journey who also battle Alzheimer’s and other forms of dementia. Do these weapons wield some mysterious power that extends beyond just one family? How do you fight a faceless disease?

Put on the full armor of God, so that you can take your stand against the devil’s schemes…Stand firm then, with the belt of truth buckled around your waist, with the breastplate of righteousness in place, and with your feet fitted with the readiness that comes from the gospel of peace. In addition to all this, take up the shield of faith, with which you can extinguish all the flaming arrows of the evil one. Take the helmet of salvation and the sword of the Spirit, which is the Word of God. And pray in the Spirit on all occasions with all kinds of prayers and requests. Ephesians 6:11, 13-18

I ponder the cordial, the same cordial Lucy carried into battle and used to heal many, including her brother Edmund who was near death. Does the cordial regenerate itself since this small bottle of liquid cannot possibly contain enough for everyone who needs it?

Elijah was afraid and ran for his life. When he came to Beersheba in Judah, he left his servant there, while he himself went a day’s journey into the wilderness. He came to a broom bush, sat down under it and prayed that he might die. “I have had enough, Lord,” he said. “Take my life; I am no better than my ancestors.” Then he lay down under the bush and fell asleep.

All at once an angel touched him and said, “Get up and eat.” He looked around, and there by his head was some bread baked over hot coals, and a jar of water. He ate and drank and then lay down again.

The angel of the Lord came back a second time and touched him and said, “Get up and eat, for the journey is too much for you.” So he got up and ate and drank. Strengthened by that food, he traveled forty days and forty nights…I Kings 19:3-8

I am lost in thought. So many questions. How long will I be entrusted with these great weapons and this vial of healing? Should I hide these gifts for safe keeping? If I took up the weapons and drew a line in the sand, would it keep the disease at bay? Could I fight the enemy and recapture territory it had stolen from my family? If I gave the cordial to my Father, would it revive him instantly? I sit there pondering and let everyone else sleep. 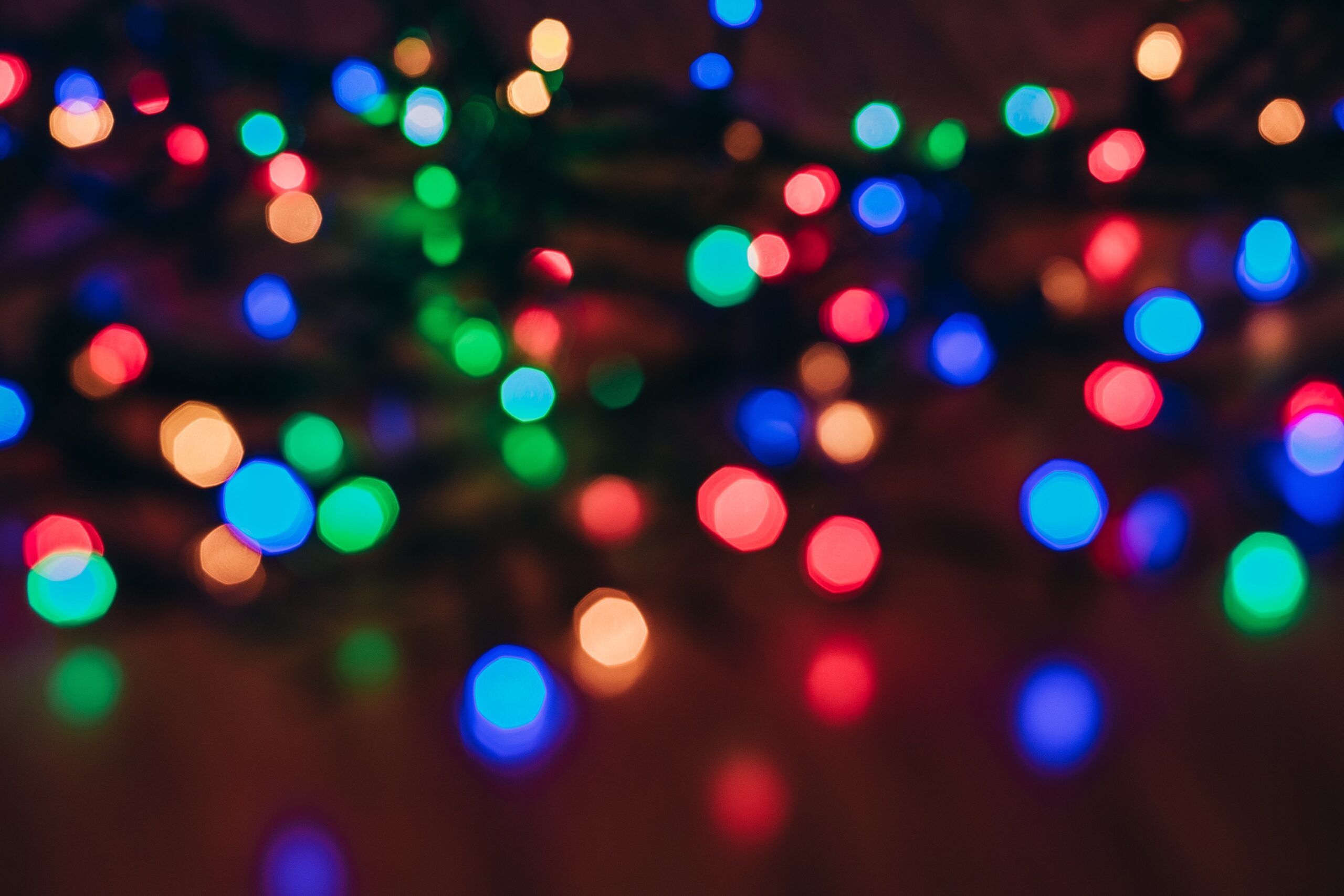 Before I know it, I awake in my bed and look down at my phone to see that it’s Christmas Day. Early. The house is quiet as everyone sleeps. I stumble down the hall toward the Christmas tree. It is dark and I reach over to plug in the tree lights. I look at all the presents and search for the three gifts I had just opened but they are not there. I look all over the room but cannot find the sword and scabbard, the bow and arrows or Lucy’s dagger and vial of cordial.

It was just a dream. My heart drops as I realize that no matter what presents lie under that Christmas tree, the gifts I wanted are no longer there. They don’t exist. Or do they?

When Father Christmas gave these gifts to Peter, Susan and Lucy, their mere existence did not erase the battle or any suffering. These gifts were given to help them persevere through the battle and the suffering. God’s gifts are very real. They may not be found under a tree, but they aren’t the stuff of fairy tales.

10 thoughts on “What Father Christmas Brought Me”